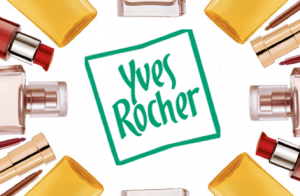 French women who arrive in Israel this summer will be happy. Their favorite brand Yves Rocher will finally open several stores in Israel. The renowned French cosmetics brand officially launched its first Israeli store on July 6. This event took place in the mall “Ayalon” in Ramat Gan, with representatives of the company who came specially from France. The opening of the first store will be followed by several others, starting with Ashdod, Holon, Petah Tikva and Eilat and with an e-commerce site.

Castro Group, the leader of Israel’s fashion, is the sales partner of Yves Rocher retail in Israel. Etti & Gabi Rotter, owners, are very confident in the success of Yves Rocher in Israel. Its rapid growth in the country should lead to the opening of 30 to 50 stores. The brand Yves Rocher was founded in 1959, in Bretagne, by Yves Rocher. Today, Yves Rocher is present in 90 countries worldwide, with 4000 sales outlets and 35 websites.