Israel, Thailand, Japan: delegations of business people and representatives from Ministries of MFA and Science & Technology 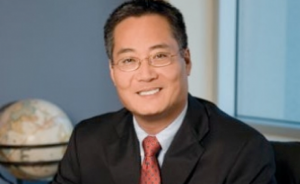 A delegation of 20 senior business people from Thailand’s Industrial Association arrived today (June 15 2015) for a working visit in Israel, to examine Israeli technologies in various fields, such as ICT, packaging, medicine and energy. The business delegation arrived alongside another delegation of 16 representatives of the Thai Ministries of Foreign Affairs and Science & Technology.

Ministry of Economy: “Israel’s technological prowess highly regarded in Thailand; arrival of delegation reflects the potential the business sector there sees in leveraging Israeli tech in the Thai market to give it a competitive edge” The delegation also includes senior businesspeople, including owners and senior managers from Thai mega-companies, such as PFP, SCG, Greater Pharma, Southern Group, Indorama and others.

Barak Sharabi, Head of the Israeli Ministry of Economy’s Trade Mission in Bangkok: “This is a unique visit to Israel by a large and high-profile delegation from Thailand, one of the central economies in Southeast Asia. Thailand is one of the most productive countries in the world and the business community there set a goal of upgrading its existing manufacturing capabilities and developing capabilities in other fields in order to maintain its position as regional leader. There is great appreciation in Thailand for Israel’s technological capabilities and the arrival of a delegation at this level of importance reflects the potential the business sector sees in leveraging Israeli tech in the Thai market to give it a competitive edge.

The Thai are currently in the advanced stage of improving capabilities ahead of the establishment of the ASEAN Economic Community, expected to be launched in 2015. This visit is part of the trade mission’s extensive work with the Thailand Industrial Association and we hope the Thai will greatly benefit from the visit and from being introduced to the experience and knowledge Israeli companies can bring them.” Exports to Thailand during 2014 stood at $500 million, while imports reached $650 million. The Israeli Ministry of Economy’s Head of Trade Mission in Thailand, Barak Sharabi, has an office in the Israeli Embassy in Bangkok, and works to promote Israeli exports and to strengthen trade relations between the two countries.

Prime Minister Benjamin Netanyahu, today (Monday, 15 June 2015), met with Japanese State Minister for Foreign Affairs Yasuhide Nakayama, who is responsible for North America and Middle East affairs and who serves as Vice President of the Israel-Japan Parliamentary Friendship League (which was established by his father in the 1980s).

In expanding Israeli exports to Japan, there is great potential mainly in high-tech (software and hardware), cyber, HLS, security industries, health technologies, agriculture and transportation. It should be noted that Tokyo will host the 2020 Summer Olympics. This is of significant potential for Israeli companies, mainly in the fields of HLS and cyber.