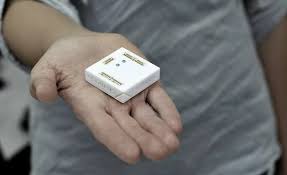 Israeli security firm Regulus Cyber, which specializes in protecting the communication and sensor suite of autonomous vehicles, announced it has received $6.3 million in seed and Series A funding from Sierra Ventures and others.

In addition to the funding haul, the company launched its Pyramid Suite of products, including the GPS Spoofing Protection (GPS SP) module for AVs, designed to protect the GPS system from spoofing attacks.

“Cyber security in self-driving cars is as important, if not more, as in the connected car,” Regulus Cyber CEO Yonatan Zur, told The Connected Car. “Unlike the connected car, eventually self driving cars will not have the ability to allow a human driver to intervene if something goes wrong, making cyber threats threatening.”

However, Zur explained that to a larger extent, many self driving vehicles — not just cars, but trucks, ships and drones — will be used for commercial purposes, and in this case the risk of cyber attacks is huge, as well as attacks on the GPS, the Lidar and any crucial sensor evolve.

“Attacks on sensors are emerging as a new threat, and in many cases they are easier to achieve over connected car attacks,” Zur said. “We believe all these openings should be dealt with, allowing the autonomous revolution to unfold safely.”

A second product in the Regulus Cyber Pyramid family is the Communication & Security Manager (CSM), designed to guard drones from hacking and mission interference through encryption and authenticity. It also provides a visual heat map of the drone’s quality of communication to aid in planning future missions.

“We now see the emerging interest in sensor threats, especially as attacks on the GPS are happening already, and attacks on other sensors, such as Lidar and radar, are being researched,” Zur said. “I expect for this to become more of an issue as the first Level 4 and 5 vehicles are on the roads.”

At Levels 4 and 5, the vehicle is capable of steering, braking, accelerating, monitoring the vehicle and roadway as well as responding to events, determining when to change lanes, turn and use signals.

Assessing the upcoming cyber security landscape for self-driving vehicles, Zur predicted security would continue to improve at the sensor level, and an increase in end-to-end security platforms boasting identification, reporting and mitigation features, which would add an additional layer of security to AVs.

“This is especially important for commercial fleets of trucks, drones and ships,” he said. “I expect classic cyber vendors — like Checkpoint and others — to also start looking into these fields, as cars are becoming driving, connected computers.”