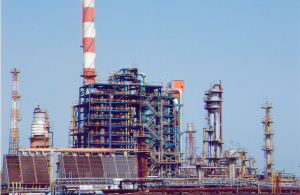 The winner of the turbine tender for the plant will be announced in the coming weeks. The Paz Oil Company oil refining unit plans to significantly increase its electricity production by building a third power plant, sources inform “Globes.” The company currently has two power plants with an aggregate 109 megawatt capacity. The third plant is expected to add 70 megawatts in production capacity in 2018.

The company’s first power station, which dates from 2009, was Israel’s first private power plant, and used natural gas from the Yam Tethys gas reservoir. The two current stations provide electricity to both the oil refinery itself, kibbutzim (collective settlements) in the area, high-tech companies, and industrial customers, such as Coca Cola Enterprises.

The oil refinery received a conditional license for a third power station already in December 2014, and is now taking steps to obtain statutory approval. In the coming weeks, the oil refinery will publish the winner of a tender to supply turbines for electricity production at a cost of NIS 270 million. Companies competing in this tender include major global turbine suppliers, such as General Electric, Rolls Royce (the supplier of the first two turbines, which was acquired by Siemens), and Mitsubishi subsidiary Pratt & Whitney.

These services include electricity backup, balancing, maintenance, and administration. The Public Utilities Authority set these costs last August, but the oil refinery says that the rate cannot be uniform for all the private power stations, and should take into account various factors, such as the plant’s size and costs.