Apple’s LinX imaging acquisition: The Israeli startup that will give iPhones perfect pictures 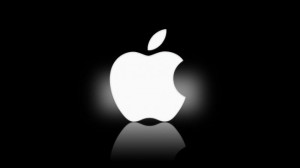 For its third acquisition in Israel, Apple has bought digital photography tech firm LinX Imaging, a small company with a big idea – improving the quality of smartphone cameras to the point where, instead of producing ‘instamatic’ photos, they can create SLR-quality pictures.

Apple confirmed the acquisition today, but said it couldn’t comment on details of the deal, while LinX could not be reached for comment. According to industry sources, the deal was worth about $25m.

The quality of a camera is tied to the size its sensor, and the smaller the sensor, the fewer its photosites (the specific points that collect light to form pixel data) and the lower the quality of the photo.

On top of that, there’s the trend for reducing the size of pixels (in order to fit more of them on a sensor and increase the megapixel number), and the result, according to LinX, is that photos that suffer from “registration errors and occlusion related artifacts, and low effective resolution,” even for devices that have tried multi-aperture cameras.

With its combination of hardware and software, LinX offers thin, multi-aperture cameras for devices, which extract depth information for each pixel in order to create a depth map.

Using 3D reconstruction algorithms, the result, according to the company, is a high-quality image “which allows us to capture stunning images at very low light levels and keep exposure times short at normal indoor light levels. Our array cameras capture SLR like images in normal lighting conditions with very low noise levels,” regardless of pixel size.

Apple wouldn’t specifically say why it was interested in LinX, but industry sources in Israel said that it was likely to use the company’s tech in future iterations of its iPhones and iPads. With photography often the bane of digital device users, a better quality photo – and an SLR-quality one, to boot – could be an important selling point.

The LinX product is actually just one example of a thriving machine vision and digital imaging ecosystem in Israel.

The ecosystem has produced significant advances in the use of sensors to allow devices, drones, and robots to ‘see’. Among the better known results of the work done in this area are the MobilEye road safety system, which alerts drivers when they get too close to the vehicle in front of them to stop safely (MobilEye is now standard on many new cars), and Kinect, the Microsoft 3D motion system made by PrimeSense – which itself was bought by Apple in 2013, adding 250 people to its Israel staff.

According to the sources, most of Apple’s direct employees in Israel are engineers. Among them are about 150 the company hired last year when Texas Instruments let go some 250 engineers after it closed its Israeli R&D site down. Apple hired most of them, beating out Intel, which was vying for the engineers as well.

Apple’s first acquisition in Israel, in 2012, was Anobit, a maker of the flash memory controllers used in many Apple products. With the Anobit acquisition, the company’s 200 employees, three-quarters of whom are engineers, became Apple employees, and since then the Apple R&D center – Anobit’s new incarnation – hired hundreds more.

The LinX staff (less than two dozen, according to a source) will now presumably join the Apple Israel staff of some 700, most now working at the company’s new Israel R&D headquarters near Tel Aviv.

Addressing them on his recent visit to Israel to open the new facility, Apple CEO Tim Cook said that the company’s Israel operation was “very important” to the company. “Apple is in Israel because the engineering talent here is incredible,” said Cook. “You guys are incredibly important to everything that we do and to all the products that we build.”