“There are people in the universe”, by Professor Noah Dana-Picard of Lev Academic Center 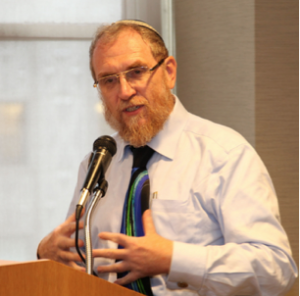 In January and July 2018 lunar eclipses took place, the second being the longest of the 21st century, more than two hours. This last statement is based on the fact that one can calculate precisely the movements of celestial objects, at least many of them.

It has not always been the case. A little more than 100 years ago, astronomers could not understand some of the quirks of the movement of the planet Mercury, the closest to the Sun. Until the theory of relativity proposed by Einstein comes to give a satisfactory explanation. More than 100 years after its statement, this theory works very well: the discovery two years ago of gravitational waves by the Virgo and Ligo instruments respectively in the USA and in Italy, is an additional proof. Without going that far, your familiar GPS, and the satellite communications of which we are regular users, are applications of this theory.

The validity of a theory is tested by its ability to make predictions, which are then verified by experience.

Conversely, the theory of general relativity made it possible to write the history of the universe. The Big Bang theory is today a foundation of cosmology. The discovery in the 60’s of the cosmic microwave background, “fossil remains” of the first radiation emitted by the universe, 380000 years after the Big Bang, brought to its authors, Arno Penzias and Robert Wilson, the Nobel Prize for Physics in 1978.

How dare I write 380,000 years after the Big Bang? Does not Torah teach us that the world was created almost 5779 years ago? A few years ago, one of my hitchhikers giggled when I heard on the radio the discovery of an object distant several million light-years away. It reminded me of what the Rav Tsvi Yehuda Kook said, that all that is said in the name of Science is not always Science, and what is said in the name of the Torah is not always of the Torah. You have to check everything as much as you can.

Some point out that a basic assumption of modern cosmology is that the laws of physics are immutable, valid in the distant past as today. Unverifiable but, once again, current theories work well. That said, during the 6 days of Genesis, there was neither Nature nor “Laws of Nature”. These began after Gd stopped working on the seventh day. Rabbi Hanina (Taanit 24b) could see these laws otherwise, and make vinegar burn like oil. Apparently he lived in a pre-seventh day world.

Another explanation is that Gd created the world 6000 years ago with a History. The dinosaurs would never have existed, but the situation is “as if”. But why such a creation? It is true that Gd does not send me a “petek” from time to time to give me His reasons, it’s up to me to search.

Rav Yitzchak Ginzburg offers another explanation: it depends on how one looks at the world. We have all heard of the 4 “Worlds” described by Kabbalists: Assiya עשייה, Yetsira יצירה, Beriah בריאה, Atzilut אצילות. These 4 levels of existence each have their properties and their influences. It should be noted here that the morning prayer שחרית is constructed according to these worlds.

Through the prism of עשייה, then the world develops gradually over 13.6 billion years. Through יצירה, it develops over 6000 years only. Through בריאה, the world is created now. The third part of שחרית, the one that is in עולם הבריאה, speaks of the Creation in the present: יוצר אור ובורא חושך. In עולם האצילות, we perceive the world as emanating from Gd directly, there is no time (as for the particles of light, the photons).

And to finish. A Ketuba (weeding certificate) begins with the statement of its date: “day such and such according to the computation which we use here” במנין שאנו מונים כאן. Our Masters knew that there are different computs.