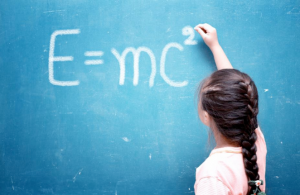 It’s a fact: Women are vastly underrepresented in the fields of computer science, engineering, and mathematics. But less clear are the trajectories — academic and otherwise — that lead young women toward other professions. Higher education has already opened the door to equal opportunities for women and minorities in the U.S. — so is it possible that elementary school, as a new Tel Aviv University study suggests, is the critical juncture at which girls are discouraged from pursuing science and mathematics?

New research published by the National Bureau of Economic Research finds that elementary school teachers’ unconscious biases significantly influence female students’ academic choices later on. According to researchers Dr. Edith Sand, an economist at the Bank of Israel and an instructor at TAU’s Berglas School of Economics, and Prof. Victor Lavy, a professor at Hebrew University and University of Warwick in England, the classroom teacher’s unwitting prejudice is a key factor explaining the divergence of boys’ and girls’ academic preferences.

“It isn’t an issue of discrimination but of unconscious discouragement,” said Dr. Sand. “This discouragement, however, has implications. The track to computer science and engineering fields, which report some of the highest salaries, tapers off in elementary school.”

The research was carried out on three groups of students in Israel from sixth grade through the end of high school. The students were given two exams, the first graded by objective scorers who did not know their names and the second by instructors who did know them. In math, the girls outscored the boys in the test that was scored anonymously, but when graded by teachers who were familiar with their names, the boys outscored the girls. The effect was not the same for tests in non-math or science-related subjects.

The researchers concluded that, in math and science, the teachers overestimated the boys’ skills and underestimated the girls’ abilities, and that this had long-term implications for students’ attitudes toward these subjects.

“When the same students reached junior high and high school, we examined their performances in matriculation exams (‘Bagrut’ in Hebrew),” said Dr. Sand. “The boys who had been encouraged when they were younger performed significantly better than their female counterparts, though the latter had objectively scored higher at a younger age.”

The researchers also monitored the advanced math and science courses that students chose to take in high school, concluding that the girls who had been discouraged by their elementary school teachers were much less likely than the boys to opt for advanced courses.

“If teachers take into account these effects, it could lead to a reduction of the gender gap in achievement, especially in science and math,” said Dr. Sand. “It is clear how important encouragement is for both boys and girls in all their subjects. Teachers play a critical role in lowering and raising the confidence levels of their students, which has serious implications for their futures.”

A leader in the pan-disciplinary approach to education, TAU is internationally recognized for the scope and groundbreaking nature of its research and scholarship — attracting world-class faculty and consistently producing cutting-edge work with profound implications for the future.