BGU and Hebrew U. (Israel): Babies show empathy for a bullied victim at only six months of age 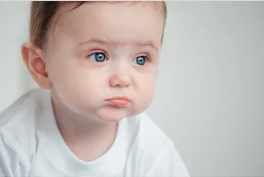 In Israel, BGU and Hebrew U. researchers through two experiments contributed to the debunking of the theory that babies only develop the ability to empathize after one year. “The findings indicate that even during a baby’s first year, the infant is already sensitive to others’ feelings and can draw complicated conclusions about the context of a particular emotional display,” says Dr. Florina Uzefovsky, head of the BGU Bio-Empathy Lab, and senior lecturer in BGU’s department of psychology and the Zlotowski Center for Neuroscience.

“Even during the first year of life, babies are able to identify figures who “deserve” empathy and which ones do not, and if it appears that there is no justification for the other one’s distress, no preference is shown.”

In the first experiment, researchers determined that five- to nine-month-old infants demonstrate a clear pro-victim preference. They showed 27 infants two video clips depicting a square figure with eyes climb a hill, meet a circular friendly figure, then happily go down the hill together, all the while displaying clear positive or neutral feelings. In the second video, however, the same round figure hits and bullies the square figure until it goes back down the hill, showing distress by crying and doubling over.


The researchers then had the babies show their preference by choosing one of the square figures presented to them on a tray. More than 80% of the participants chose the figure
that had shown distress, thus showing empathic preference towards the bullied figure. When shown the same set of figures without the context of why there was sadness or a positive mood, the babies showed no preference for either figure.

Researchers from Hebrew University of Jerusalem Dr. Maayan Davidov and Yael Paz participated in the study.

This research was supported by the Israel Science Foundation.

Ben-Gurion University of the Negev (BGU) is the fastest growing research university in Israel. With 20,000 students, 4,000 staff and faculty members, and three campuses in Beer-Sheva, Sede Boqer and Eilat, BGU is an agent of change, fulfilling the vision of David Ben-Gurion, Israel’s legendary first prime minister, who envisaged the future of Israel emerging from the Negev. The University is at the heart of Beer-Sheva’s transformation into the country’s cyber capital, where leading multinational corporations eagerly leverage BGU’s expertise to generate innovative R&D.

Now in its 50th year, BGU’s mission continues to be effecting change, locally, regionally and internationally. With faculties in Engineering Sciences; Health Sciences; Natural Sciences; Humanities and Social Sciences; Business and Management; and Desert Studies, BGU is a university with a conscience, active both on the frontiers of science and in the community.  Over a third of our students participte in one of the world’s most developed community action programs. The University is a recognized national and global leader in many fields, actively encouraging multi-disciplinary collaborations with government and industry, and nurturing entrepreneurship and innovation in all its forms.