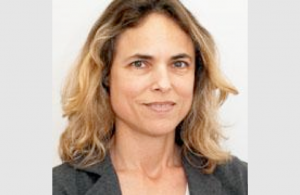 Are the brains of men and women truly different? Not if you look at the overall structure, a new Tel Aviv University study says. Some features of the brain are more common in women, some more common in men, and some are common in both. But while specific parts of the brain reveal differences based on gender, an individual brain only rarely has exclusively “male” or “female” traits, according to Prof. Daphna Joel of TAU’s School of Psychological Sciences, the lead investigator of the study published by the Proceedings of the National Academy of Sciences.

Prof. Joel and her team of researchers (Max Planck Institute of Leipzig and Zurich University)  used MRI scans of more than 1,400 brains, focusing on anatomical traits like tissue thickness or weight in different parts of the brain. They focused on those traits that showed the most obvious gender differences, dividing the scores into a predominantly male zone, a predominantly female zone, and an intermediate range. The researchers found that individual brains rarely ended up exclusively in one of the three categories. The researchers also analyzed psychological and behavioral scores from two prior studies covering more than 5,000 participants. The results were similar.

Overall, the results show “human brains do not belong to one of [the] two distinct categories” of male and female, the researchers concluded.

Whereas a categorical difference in the genitals has always been acknowledged, the question of how far these categories extend into human biology is still not resolved. Documented sex/gender differences in the brain are often taken as support of a sexually dimorphic view of human brains (“female brain” or “male brain”). However, such a distinction would be possible only if sex/gender differences in brain features were highly dimorphic (i.e., little overlap between the forms of these features in males and females) and internally consistent (i.e., a brain has only “male” or only “female” features). Here, analysis of MRIs of more than 1,400 human brains from four datasets reveals extensive overlap between the distributions of females and males for all gray matter, white matter, and connections assessed. Moreover, analyses of internal consistency reveal that brains with features that are consistently at one end of the “maleness-femaleness” continuum are rare. Rather, most brains are comprised of unique “mosaics” of features, some more common in females compared with males, some more common in males compared with females, and some common in both females and males. Our findings are robust across sample, age, type of MRI, and method of analysis. These findings are corroborated by a similar analysis of personality traits, attitudes, interests, and behaviors of more than 5,500 individuals, which reveals that internal consistency is extremely rare. Our study demonstrates that, although there are sex/gender differences in the brain, human brains do not belong to one of two distinct categories: male brain/female brain.