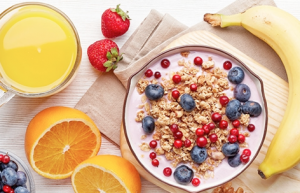 More and more Americans on-the-go are skipping the “most important meal of the day,” not eating until lunch. This tendency to miss breakfast has already been linked to the growing epidemic of obesity and cardiovascular problems in the US — and it may put the health of diabetics at risk as well.

Very little was known regarding the effect of skipping breakfast on the health of diabetics — until now. A new Tel Aviv University study reveals the substantial impact of skipping breakfast on type-2 diabetics. “Fasting” until noon triggers major blood sugar spikes (postprandial hyperglycemia) and impairs the insulin responses of type-2 diabetics throughout the rest of the day, researchers say.

The study was conducted by TAU’s Prof. Daniela Jakubowicz and Prof. Julio Wainstein of the Wolfson Medical Center’s Diabetes Unit, Prof. Oren Froy of the Hebrew University of Jerusalem, and Prof. Bo Ahrén of Lund University in Sweden. It was recently published in Diabetes Care and presented at the American Diabetes Association meeting in Boston in June 2015. The most important meal for diabetics?

“Despite the fact that many studies have previously demonstrated the benefits of a high-caloric breakfast for weight loss and to regulate the glucose metabolism, very little was known regarding the effect of skipping breakfast on glycemic spikes after meals throughout the entire day,” said Prof. Jakubowicz. “It is quite remarkable that, for type-2 diabetic individuals, the omission of breakfast is associated with a significant increase in all-day blood sugar spikes and of HbA1C, which represents average blood glucose levels over the preceding three months.”

The clinical study was conducted on 22 type-2 diabetics who averaged 56.9 years old, with a mean Body Mass Index of 28.2 kg/m2. Over the course of two days, the participants consumed precisely the same number of calories and the same balanced meal — milk, tuna, bread, and a chocolate breakfast bar — for lunch and dinner. The only difference was that one day they ate breakfast and the second day they fasted until lunch.

“We theorized that the omission of breakfast would not be healthy, but it was surprising to see such a high degree of deterioration of glucose metabolism only because the participants did not eat breakfast,” said Prof. Jakubowicz. The researchers found that participants experienced extraordinary glucose peaks of 268 mg/dl after lunch and 298 mg/dl after dinner on days they skipped breakfast, versus only 192 mg/dl, and 215 mg/dl after eating an identical lunch and dinner on days they ate breakfast.

“This means that reducing the amount of starch and sugars in lunch and dinner will have no effect on reducing elevated glucose levels if diabetic individuals also skip breakfast,” said Prof. Jakubowicz.

Improving the “memory” of beta cells

According to the researchers, pancreatic beta cells which produce insulin lose their “memory” due to the prolonged period between one evening’s dinner and the next day’s lunch. In other words, they “forget” their vital role. Therefore it takes additional time after lunch for the beta cells to recover, causing small and delayed insulin responses and resulting in an exaggerated elevation of blood glucose levels throughout the day. Another factor is that fasting until lunch increases the fatty acids in our blood, which renders insulin ineffective in reducing blood glucose levels.

“In light of our study, we highly recommend that type-2 diabetics not skip breakfast, because it causes major damage to the beta cell function and leads to high sugar levels, even if they don’t overeat at lunch and dinner,” said Prof. Jakubowicz. The researchers are planning to conduct a similar study on type-1 diabetics, who require daily insulin treatment.