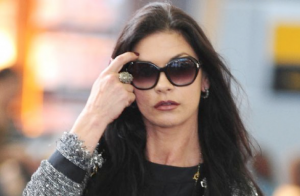 Ben-Gurion University of the Negev Researcher Dr. Claude Brodski and colleagues from the Max-Planck Institute of Psychiatry and Ludwig-Maximilian University of Munich in Germany have recently shown the embryonic origins of mood fluctuations and its implications for bipolar disorder in a paper published in the prestigious journal Neuropsychopharmacology.

The efficacy of current drugs used for the treatment of bipolar disorder is unacceptably low and in the last few decades no conceptually novel therapeutics have been introduced to treat this common and devastating disease. The lack of understanding of the neurobiological underpinnings of mood fluctuations, a hallmark of bipolar disorder, and the lack of appropriate animal models, significantly contribute to this problem.Analyzing DNA data from thousands of healthy individuals and patients Brodski and his colleagues discovered that variations of genetic pathways regulating the embryonic development of nerve cells producing dopamine and serotonin are associated with bipolar disorder. A mouse mutant line, in which a gene is mutated that regulates these genetic pathways show fluctuations in different behaviours including activity, anxiety, aggression and sociability, as observed in bipolar disorder. Behavioural changes of mutants were ameliorated by drugs used for the treatment of bipolar disorder.

“For the first time, we have provided insights into the causes of endogenous mood fluctuations. Moreover, the fact that drugs used for the treatment of bipolar disorder improved behavioural abnormalities of mutants indicate that these animals are a valid model to identify new drug targets and develop new therapeutics,” says Brodski.

Brodski is the head of the Laboratory for Developmental and Behavioural Neurogenetics in the Department of Physiology and Cell Biology. He is also a member of the Zlotowski Center for Neuroscience and the School of Medicine at BGU.

The paper is entitled “Abnormal Development of Monoaminergic Neurons Is Implicated in Mood Fluctuations and Bipolar Disorder.” Brodski’s co-authors include: Marin M Jukic, Michal Bar, Gal Becker, Vukasin M Jovanovic, and Ksenija Zega of BGU, and Tania Carrillo-Roa and Elisabeth B Binder of the Max-Planck Institute. Carrillo-Roa is also a member of the Ludwig-Maximilian University of Munich.