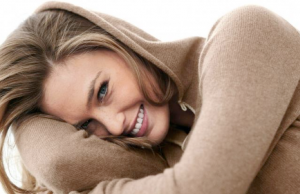 When you smile, you may think that you’re doing nothing more than sharing a fleeting, emotional moment.  But according to new research, the way we smile — as well as our overall level of emotional expressivity — is the product of hundreds of years of national history.

The study reveals that historical levels of cultural homogeneity vs. heterogeneity — measured through the examination of migration patterns over 500 years — are linked to the varying degree to which individuals in particular societies believe that emotions should be openly expressed.  Specifically, people who live in countries forged by centuries of migration from a wide range of other countries are more accepting of emotional expressivity than people who live in more insular, homogeneous societies.

In a separate finding, the researchers demonstrated that the predominant perceived “function” of smiling within a particular society is also dependent on the extent to which their social culture developed in relative isolation, or was influenced by a long history of migration.

Lead author of the study was Prof. Paula Niedenthal, of the University of Wisconsin-Madison. The research was completed in collaboration with Dr. Eva Gilboa-Schechtman, of Bar-Ilan University, as well as addition scholars from the USA, the UK, Canada, Germany, India and Indonesia.