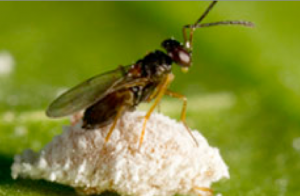 On March 27th, Philippe Guerret, M2i Life Sciences President and Shaul Bassi, CEO of BioBee Biological Systems settled an agreement for a long term collaboration. BioBee and M2i have been working already together on three R&D project on pheromones since two years and this collaboration stood for an early step before a wider common program.

From now on, M2i Life Sciences is in charge of development and production of pheromone based Bio control solutions for BioBee in several countries. BioBee will wider it’s range of products and will distribute the products developed by M2i in several countries. This agreement seals a cooperation between a leader of IPM in the world and a reference in pheromone chemistry and formulation technology.

The first result of this agreement will be the commercial launch in 2017 of a mating disruption solution in Israel.

BioBee Biological Systems, founded 1983 at Kibbutz Sde Eliyahu in Israel, is one of the leading international companies in the field of Biologically based Integrated Pest Management, Natural Pollination, and Medfly Control. BioBee products are sold worldwide, in over 50 countries, through subsidiaries and numerous agents and distributors. BioBee is the world’s leading producer of Phytoseiulus persimilis, the most effective natural predator of Tetranychus urticae (red spider mite). One of BioBee’s main strengths is the extensive knowledge and experience of its Field Service personnel, who support the implementation process at our customer’s sites. BioBee is a company employing 250 people at its main factory in israel and subsiduaries in Chile, Colombia, South Africa, Russia, USA and India. BioBee is owned by private investors.

M2i Life Sciences is a player in the chemical industry present in the Biocontrol sector of animal health, crop health and human health. Biocontrol (biological control) is a term for all methods of biological protection that replicate intraspecies behaviour patterns and natural mechanisms for regulating bioaggressors. M2i Life Sciences is a world leader in the field of pheromones for crop protection and animal health. We specialise in: Molecular synthesis of pheromones, Gram-to-ton production of these pheromones, Formulation of these pheromones and their diffusion systems, Conception, design and production of finished products. Combining R&D know-how, a production facility and a manufacturing centre for finished products we are able to control the entire product value chain, innovating at each stage of product design.