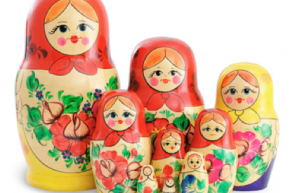 Russia and Israel plan to sign a free trade agreement within the nearest future, Deputy Agriculture Minister Sergey Levin said on Friday after talks with the Israeli side.

“We’ve discussed the prospects of forming a free trade zone, which the government plans to put on paper within the shortest period of time,” Levin said, adding that the issue has also been discussed at a meeting with Deputy Prime Minister Arkady Dvorkovich.

Israeli Agriculture Minister Uri Ariel confirmed intentions to take the issue (regarding free trade zone) off the table within the shortest period of time.

The sides also agreed on mutual supplies of agricultural products, on setting up joint ventures and introduction of high technologies, deputy minister said. Russia plans to increase supplies of wheat, beef and eggs while Israel is ready to share its technologies and expertise in agriculture with Russian colleagues.

Russia and Israel plan to found a Moscow-based agricultural technological demonstration center, Uri Ariel said, adding that Israeli export to Russia has been decreasing recently due to the ruble’s devaluation though the countries are seeking a settlement.