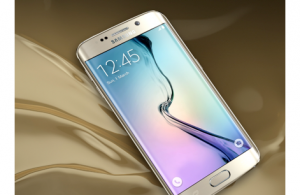 Samsung is founding a startup accelerator in its development center in the Yakum industrial park. Yossi Smoler, head of the Open Innovation Group at Samsung Electronics Israel R&D center in Yakum, and former director of the incubators program in the Office of the Chief Scientist in the Ministry of the Economy, is in charge of the accelerator. Samsung is currently looking for 6-10 startups for its firstcohort in the accelerator, which will open towards the end of the year.
Registration through the accelerator’s website, is slated to close on September 12. The focus is on companies in their early stages, before feasibility studies.

Samsung is looking for ventures in mobile communications, information security, wearable computers, big data, cloud computing, mHealth, biometric identification, wireless charging, and autonomousvehicles. “When took up my postin October 2014, I decided to set up an entity that would findIsraeli companies that were not yet mature and help them reach maturity in order to cooperate with Samsung. The first tool for doing this is the accelerator,” Smoler explains, “We’ll look for startups whose products are synergetic to Samsung’s product line, whether telephones, televisions, or any other product we develop, and see later whether there is room for cooperation between the two sides.”