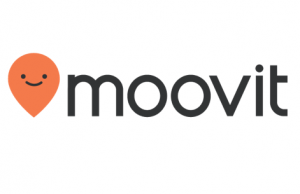 It’s easy to get caught up in the new, cool thing aspect of transportation tech and apps, but there’s some real social benefit and freedom to be found here. Take, for instance, Moovit’s latest upgrade. The public transportation app recently added features to make it easier for blind users to take transit using VoiceOver (iOS) and TalkBack (Android) integration.

The app launched worldwide in 2013 and now covers transit in 800 cities with 35 million users. It uses data from public transportation systems and live user updates to help people plan for the quickest, nicest routes. Users can report on everything from packed buses to clean subway platforms to help other users pick the best routes for getting where they need to go.

Now, users with Moovit 4.10 and either TalkBack or VoiceOver can hear what button or icon is underneath their finger as it hovers over the screen. One of the developers of the latest version, Adi Kushnir, is blind, and he noted in a press release that the ability to plan a trip ahead of time is crucial for those with limited eyesight. The integration allows users to explore routes and times before leaving home or work, adding a level of confidence and independence for travelers.

Another issue blind travelers often have to deal with is hearing—or more likely, not hearing—stop announcements while in transit. Sometimes the announcements are skipped altogether, and even if they do go out over the bus or train’s speakers, they’re garbled or drowned out by noise. That’s why this version of Moovit includes Get Off notifications to let riders know when to disembark. If you can’t hear the usual announcement over the chatter of your fellow passengers, though, how will you hear an app? Already taken care of—there’s a distinct vibration for the Get Off notification so users won’t miss a stop.

By the way, this works for everyone, not just the visually impaired. Get Off starts notifying you a few stops ahead of time, giving you time to finish that chapter and make your way to the door.

Developers spent six months working on the integration, and they’ve still got more to do, said Moovit’s CMO Alex Mackenzie Torres in an email interview. “This is just the beginning of our work to make the app more accessible, and we will continue to take user feedback into consideration about how to make future versions even easier to use.”