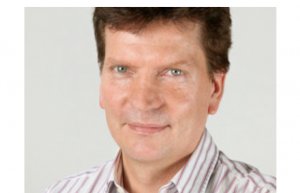 Henry Markram is a professor of neuroscience at the Swiss Federal Institute for Technology (EPFL). He is the founder of the Brain Mind Institute, founder and director of the Blue Brain Project, and the coordinator of the Human Brain Project, one of two ten-year one billion Euro Flagship Projects selected in January 2013 by the European Commission. After earning his PhD at the Weizmann Institute of Science, with distinction, he was a Fulbright scholar at the National Institutes of Health, and a Minerva Fellow at the Max-Planck Institute for Medical Research. In 1995, he returned to the Weizmann Institute, becoming an Associate Professor in 2000. In 2002, he became a full professor at EPFL.

Markram’s research has focused on synaptic plasticity and the microcircuitry of the neocortex, in which he has discovered fundamental principles governing synaptic plasticity and the structural and functional organization of neural microcircuitry. Other key discoveries include the concept of Liquid Computing and the Intense World Theory of Autism. In 2005, he launched the Blue Brain Project to develop a data integration strategy for neuroscience. Markram has published more than one hundred papers and has one of the highest citation records in his area of research and stage of career. Since 2002, he has spearheaded Switzerland’s ambition to become a world leader in high performance computing and to prioritize simulation-based research; these fields are now two of the three national research priorities declared by the Swiss government. Markram is also co-founder of Frontiers, a new model for peer-reviewed open-access publishing.