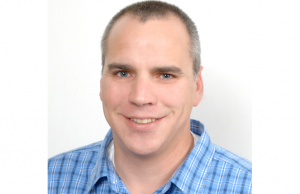 Emulsifiers are the stabilizing chemicals that allow processed foods to maintain their texture and consistency, even if they stay on the supermarket shelf, un-purchased, for weeks or months at a time.  But according to a new study, emulsifiers have another long-lasting effect: the de-stabilization of gut-dwelling bacterial populations that serve as the body’s first line of defense against inflammatory disease.

The research was led by Georgia State University Institute of Biomedical Sciences’ researchers Drs. Benoit Chassaing and Andrew T. Gewirtz, and included contributions from Emory and Cornell Universities.  Dr. Omry Koren – a faculty member at Bar-Ilan University’s School of Medicine in the Galilee – assisted with the bioinformatic analysis that linked inflammation to emulsifiers commonly used by manufacturers of processed food.

A Serious – and Growing – Health Problem
Incidence of both inflammatory bowel disease (IBD) and metabolic syndrome has increased significantly since the mid‐20th century – a timeframe roughly parallel to the introduction and increasing reliance by the food industry on chemical emulsifiers. According to Koren, while his colleagues suspected that emulsifiers might promote inflammatory disease, establishing a causative link between the two required both classic biological approaches and recently-developed computational techniques.

“The advances in sequencing technology and bioinformatics necessary to handle very large datasets make this an exciting time for microbial ecologists,” Koren says. “Our research indicates that emulsifers – an ingredient used in processed food products – is associated with significant health risks. This is a huge wake-up call for the food industry.”

From Inflammation to Obesity
The study examined two commonly-used emulsifiers—caboxymethylcellulose (CMC) and polysorbate-80 (P80).  The researchers fed these emulsifiers to laboratory mice at levels designed to model human consumption, based on the ubiquitous presence of these additives in processed foods.

After the mice consumed the emulsifiers over a period of 12 weeks, studies showed that the balance of gut-dwelling bacteria species changed, with an increase in certain species known to digest and penetrate the dense mucus layer that lines the intestine and protects against inflammation. Under the microscope, these results were plain to see: the protective layer had become thinner or was even worn away entirely, allowing microbes to touch the gut wall and to pass through it, reaching the immune cells and blood vessels on the other side.
These changes led to low-grade inflammation in normal lab mice, and a more severe form – colitis – in genetically-altered mice bred to be susceptible to irritable bowel syndrome.

But inflammation of the gut was not the only health problem linked to emulsifier consumption. Both the normal and genetically-altered mice increased their overall food intake and gained weight.  Their blood sugar levels went up, and they became less sensitive to insulin, the sugar-metabolizing hormone.  In other words, they showed many symptoms of metabolic syndrome – an obesity-related condition that increases the risk of both diabetes and heart and liver disease.

A Bacterial “Smoking Gun”
To prove that the emulsifier-induced changes in mouse bacterial populations caused inflammation – rather than being a parallel, but non-causative phenomenon – the researchers conducted experiments with germ-free mice raised in sterile conditions. Lacking gut-dwelling microbes, these mice ate emulsifiers to no effect. But when they were loaded with microbes from mice that had eaten emulsifiers, they too developed all the same symptoms. This provided the “smoking gun” – proof that whatever additives are doing to the gut, they’re doing it by triggering a change in gut bacteria.

Implications for Industry and Human Health
According to Koren, the Nature study reveals how current methods used to test food additives’ safety may be inadequate, and may leave people exposed to unnecessary health risks. However, he says, determining exactly how such additives interact with the human bacterial environment will be difficult – for reasons both biological and cultural.

“While animal experiments have revealed important data on how food additives affect mice, whether they affect humans the same way is still an open question,” Koren says.  “Furthermore, human clinical studies will require locating a significant number of participants who don’t eat emulsifiers at all – people that, given the modern day diet – will be extremely hard to find!”

Dr. Omry Koren heads the Microbiome Research Laboratory at Bar-Ilan University’s School of Medicine in the Galilee.  His research is supported by a Marie Curie Career Integration Grant, the Ihel Foundation, and the Israeli Ministry of Health.

See also this article on israelscienceinfo.com