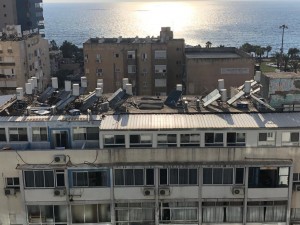 Nature conservation programs often become a double-edged sword, as attempts to manage natural systems can have unplanned negative impacts.  On the other hand, ecosystems that go unmanaged are exposed to unauthorized manmade interference and are prone to calamities.  Whether managed or not, the aim should always be to minimize the negative impact on nature.

Working in the field of Sustainable Development for over a decade, I became all too familiar with challenge described above, learning firsthand that “no matter what you do, you will lose.”  While I initially assumed that this phenomenon was directly linked to the complexity and unpredictability of cause and causation in natural ecosystem management, much to my surprise, I found myself in a similar deadlock when working to promote renewable energy in Israel.

To this end, in January 2011 the government approved a national master plan called “TAMA 10″ that permits every agriculture-oriented settlement to convert 250,000 M² of agricultural land into a solar farm.  While many would consider this a great initiative and a positive step in the right direction, I would argue that it represents a complicated double-edged sword.

As the oldest nature conservation NGO in Israel, SPNI works diligently to preserve the country’s open spaces, natural habitats, biodiversity and ecosystem resilience.  We believe that converting agricultural land into a solar farm would be more disruptive to nature than simply maintaining agricultural practices.  The main problem with establishing solar farms stems from the area’s extensive fencing, which prevents free passage of wildlife, increases habitat fragmentation, and creates major intervention in the ecosystem.  Additionally, our experience has shown that after open space or agricultural land is transformed into a platform for economic activities it will not be able not revert back to agriculture.  Finally, we don’t believe that it is ecologically sound to give up open space, a scarce resource in one of the most densely populated countries in the world, for the sake of solar energy.

To a large degree, my work at the SPNI is to promote a win-win solution: rooftop solar energy production.  To this end, over the past year, we have lobbied the government to facilitate the construction of smaller scale solar rooftop initiatives.  Our effort bore fruit recently, as the Israel Electric Authority published new quotas for small rooftop solar power production, which practically doubled the existing quotas and simplified the installation process by dropping the construction permit requirement and granting a tax exemption of up to NIS 24,000 a year.  This is a big step forward that can finally increase sustainable energy production in Israel alongside nature conservation.

In order to encourage the public to benefit from these newly eased regulations and increased quotas, SPNI has launched a campaign to render the information accessible, and we are currently searching for partners and supporters who will assist in the execution of a small-scale pilot program to demonstrate such a system on existing rooftops.