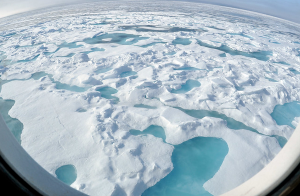 A global coalition of scientists led by William J. Ripple and Christopher Wolf of Oregon State University says “untold human suffering” is unavoidable without deep and lasting shifts in human activities that contribute to greenhouse gas emissions and other factors related to climate change. “Despite 40 years of major global negotiations, we have continued to conduct business as usual and have failed to address this crisis,” said Ripple, distinguished professor of ecology in the OSU College of Forestry. “Climate change has arrived and is accelerating faster than many scientists expected.”

In a paper published in BioScience, the authors, along with more than 11,000 scientist signatories from 153 countries, declare a climate emergency, present graphics showing trends as vital signs against which to measure progress, and provide a set of effective mitigating actions. “Almost 60 scientist signatories are from Israel”, said Prof. William Ripple, lead author of the paper, to Israel Science Info. 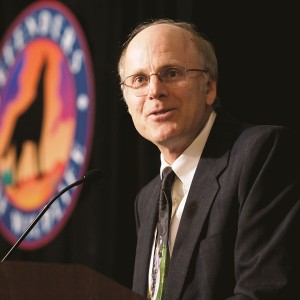 The scientists point to six areas in which humanity should take immediate steps to slow down the effects of a warming planet:

1.       Energy. Implement massive conservation practices; replace fossil fuels with low-carbon renewables; leave remaining stocks of fossil fuels in the ground; eliminate subsidies to fossil fuel companies; and impose carbon fees that are high enough to restrain the use of fossil fuels.
2.       Short-lived pollutants. Swiftly cut emissions of methane, soot, hydrofluorocarbons and other short-lived climate pollutants; doing so has the potential to reduce the short-term warming trend by more than 50% over the next few decades.
3.       Nature. Restore and protect ecosystems such as forests, grasslands, peatlands, wetlands and mangroves, and allow a larger share of these ecosystems to reach their ecological potential for sequestering atmospheric carbon dioxide, a key greenhouse gas.
4.       Food. Eat more plants and consume fewer animal products. The dietary shift would significantly reduce emissions of methane and other greenhouse gases and free up agricultural lands for growing human food rather than livestock feed. Reducing food waste is also critical – the scientists say at least one-third of all food produced ends up as garbage.
5.       Economy. Convert the economy to one that is carbon free to address human dependence on the biosphere and shift goals away from the growth of gross domestic product and the pursuit of affluence. Curb exploitation of ecosystems to maintain long-term biosphere sustainability.
6.       Population. Stabilize a global human population that is increasing by more than 200,000 people a day, using approaches that ensure social and economic justice. 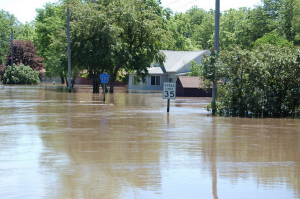 “Mitigating and adapting to climate change while honoring the diversity of humans entails major transformations in the ways our global society functions and interacts with natural ecosystems,” the paper states. “We are encouraged by a recent surge of concern. Governmental bodies are making climate emergency declarations. Schoolchildren are striking. Ecocide lawsuits are proceeding in the courts. Grassroots citizen movements are demanding change, and many countries, states and provinces, cities, and businesses are responding. As an Alliance of World Scientists, we stand ready to assist decision makers in a just transition to a sustainable and equitable future.”

The graphs of vital signs in the paper illustrate several key climate-change indicators and factors over the last 40 years, since scientists from 50 nations met at the First World Climate Conference in Geneva in 1979. 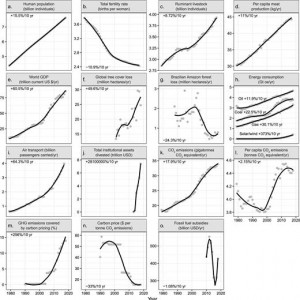 There are also some encouraging signs – including decreases in global birth rates and decelerated forest loss in the Brazilian Amazon, and increases in wind and solar power – but even those measures are tinged with worry. The decline in birth rates has slowed over the last 20 years, for example, and the pace of Amazon forest loss appears to be starting to increase again.

Joining Ripple and Wolf, a postdoctoral scholar in the OSU College of Forestry, as authors are Thomas M. Newsome of the University of Sydney, Phoebe Barnard of the Biological Conservation Institute and the University of Cape Town, and William R. Moomaw of Tufts University.

More information on the project, the list of signatories and the Alliance of World Scientists is available here.

Two years ago, Ripple lead an international team of researchers in producing an article published in BioScience titled “World Scientists’ Warning to Humanity: A Second Notice” that was signed by more than 15,000 scientists in 184 countries. 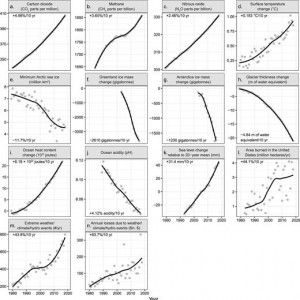 The warning came with steps that can be taken to reverse negative trends, but the authors suggested it may take a groundswell of public pressure to convince political leaders to take corrective actions. Since 1992, when more than 1,700 scientists — including a majority of the living Nobel laureates in the sciences — signed a “World Scientists’ Warning to Humanity” published by the Union of Concerned Scientists, global trends have worsened.

About the OSU College of Forestry: For a century, the College of Forestry has been a world class center of teaching, learning and research. It offers graduate and undergraduate degree programs in sustaining ecosystems, managing forests and manufacturing wood products; conducts basic and applied research on the nature and use of forests; and operates 14,000 acres of college forests.