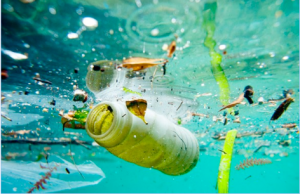 After BGU’s iGEM team took home a gold medal and was nominated for Best Environmental Project, Best Poster and Best Applied Design in the overgrad category at the iGEM Giant Jamboree at MIT in Cambridge, MA for their project PlastiCure-BGU, now they want to take their idea from a student project to a prototype. Nomination indicates that they were placed in the top three teams. They were the only team comprised solely of undergraduates in a category dominated by masters and PhD students at the competition held in late October.

Their project, Plasticure-BGU, aims to use a genetically-modified bacteria to “eat” polyethylene-terephthalate (PET), a type of plastic, which is proliferating tremendously in the earth’s oceans and on land. If we continue to consume and then dispose of plastic at the same rate, by 2050 the weight of plastic containers in the ocean will equal the weight of fish in it. According to a study in the Mediterranean Sea, 18% of fish sampled had plastic remnants in their stomachs. Some of these fish eventually end up on our plates. One of plastic’s best features is one of its greatest drawbacks; its durability makes it virtually non-degradable. An average bottle of mineral water takes roughly half a millennium to decompose, leading to a global accumulation of plastic waste. Many ideas have been considered for dealing with plastic waste such as burning or burying it, but these solutions damage the environment because of plastic’s toxicity. Since the introduction of plastics, some microbial communities or species have evolved to successfully degrade plastics. However, from an evolutionary point of view, probably as a result of only being exposed to plastic for 100 years, they do not biodegrade plastic efficiently yet.

That is where Plasticure-BGU comes in. While the competition only requires proof of concept, some members of the team are planning on continuing their research. Plasticure-BGU would degrade the plastic and produce the electricity needed to run the processing plant for the reaction by utilizing the energy released from PET’s bonds. 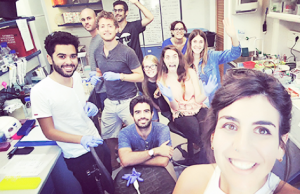 “The competition was a great learning experience. We were exposed to varied and interesting synthetic biology projects. The warm reviews we received and the fact that we were chosen one of the top three environmental projects greatly encourages us to continue to research and develop the idea until we can efficiently break down plastic,” says Nir Zafrany. He, Noa Weiss and Efrat Jeshurun are continuing to develop the idea after the competition.

Tomer Shary, head of the iGEM team, adds, “Working on the project PlastiCure-BGU and participating in the competition was a unique experience. Over and above turning our vision into reality and the intensive and rewarding work on the project, we were fortunate to participate in the competition where we were exposed to other groups from around the world and research ideas in every field, an extraordinary experience for undergraduate students.”