OECD: worst congestion is in Israel 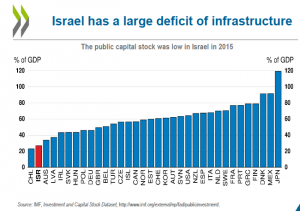 In-depth reports on the Israeli economy published by the Organization for Economic Co-operation and Development (OECD) and the International Monetary Fund (IMF), two of the world’s leading economic research institutions, come to the same conclusion: congestion Israel is the country’s number one problem in comparison with other developed countries.
The numbers are familiar to policymakers in Israel for a long time. Steps have been taken to remedy the problem, but what is done is too little and too late. Traffic jams are not of interest to Finance Minister Moshe Kahlon. Transport Minister Yisrael Katz is doing something, but is preventing the implementation of many of the most effective ways to reduce congestion, because these are likely to harm her politically.
“Israel suffers from the worst congestion in the OECD, and the situation will only get worse,” said IMF Deputy Director Craig Beaumont at a press conference summarizing the visit of an IMF delegation in Israel. “Israel’s population is growing, the quality of life is increasing, more and more people are turning to private vehicles and the challenge of infrastructure is accelerating.”
Three days earlier, a semi-annual report from the OECD presented figures highlighting the seriousness of the problem. The average transport density in Israel is 2,800 vehicles per kilometer of road, 3.5 times the average 800 vehicles per kilometer in OECD countries and almost twice the average density of 1,300 vehicles per kilometer kilometers of roads in Spain.
The international comparison provoked a shudder, but the government was aware of the problem even without comparison with the OECD. The Ministry of Finance recently revised its estimate of the economic damage caused by road congestion from 25 to 35 billion shekels. 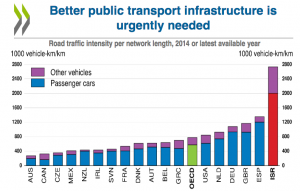 The reason is simple: the pace of construction of public transport infrastructure is far from the place of the increase in the number of private vehicles. Last month, “Globes” reported the results of a survey conducted by the Knesset Research and Information Center showing that the number of vehicles in Israel has increased by 17% over the past five years, while road has only increased by 6%. A strategic plan of the Ministry of Finance and the Ministry of Transport from 2012 estimated that 200 to 300 billion shekels of investment would be needed over the next decade to bridge the gap between major Israeli and European cities. Unlike Europe, however, the population is growing rapidly and the standard of living is steadily increasing, which means that Israel has to run to stay in one place.
The following example shows how the government’s efforts to increase infrastructure to cope with the increased number of vehicles are desperate. The largest public transit project currently under construction in Israel is the red line of the Tel Aviv tramway. The NIS 20 billion project, due for completion in 2022, aims to remove 50,000 vehicles from the roads. The problem is that the number of vehicles on the road has increased by only 150,000 in 2017. This means that three tram lines will be needed to maintain the current density rate.
What can be done? As Beamont explained, a lot can be done – if we want to do it. “It will take a long time to bridge the infrastructure gap created by many years of neglect. As an interim solution, we therefore recommend a policy based on demand management – for example, shared transportation, ridesharing and transit. All of these measures are relatively inexpensive and have a quick effect. 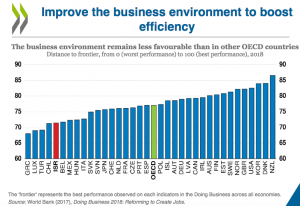 A more significant step will be to follow the example of London and Stockholm by imposing a tax on the entry of big cities. ”
This “congestion tax” is taboo in Israel because of a man: Yisrael Katz. He is not prepared to accept a congestion charge at the entrance to Tel Aviv, even though all the transportation experts believe that this measure is essential and very effective.
Katz’s argument is that it is unfair to punish drivers by forcing them to leave their private vehicle without providing them with an appropriate public transit solution. The real reason, however, is political ambition, not equity. Katz knows he will pay for it and he will never become Prime Minister if he does this … And given the number of ads he pays on Facebook to be lathered, not sure he gives up his dream for the good of the motorists.