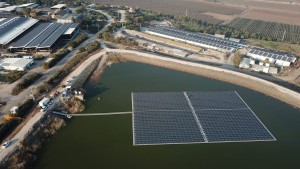 EDF Renewables, the leader in solar power in Israel, is announcing the commissioning of four new solar farms in the country, for a total of 54 MW of installed capacity.
These new facilities are part of the Israeli government’s target to increase the share of renewable energy in the country’s energy mix to 30% by 2030. It also contributes to the EDF Group’s Cap 2030 strategy, which aims to double its net renewable energy capacity, from 28 GW to 60 GW, between 2015 and 2030.

Winners of the Israeli government’s tenders held in 2019, the four solar farms will produce enough electricity to supply 15,000 homes. Each one benefits from a 20-year feed-in tariff for their output.

EDF Renewables is a leading international player in renewable wind and solar energies, with 10.1 GW of net installed capacity (15.6 GW gross) worldwide. Its development is mainly focused on wind and solar photovoltaic power. EDF Renewables operates mostly in Europe and North America but is continuing to grow by moving into promising emerging regions such as Brazil, China, India, South Africa and the Middle East. The company has strong positions in offshore wind power, but also in other areas of the renewable energies industry such as energy storage. EDF Renewables develops, builds, operates and maintains renewable energies projects, both for itself and for third parties. EDF Renewables is the EDF Group subsidiary specialising in developing solar and wind power. For more information, visit: www.edf-renewables.com