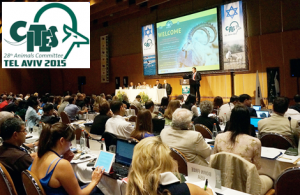 Israel will host the 28th meeting of the Animals Committee of the Convention on International Trade in Endangered Species of Wild Fauna and Flora (CITES). This is a precedent-setting event, as Israel’s first global UN conference of this magnitude. The project was initiated by the Israel Foreign Ministry’s Division for the UN and International Organizations together with the Israel Nature and Parks Authority (INPA). Over 200 scientists from more than 40 countries are expected to attend, as well as representatives of UN agencies and NGO’s. A reception will be held at the Foreign Ministry on Tuesday, September 1.

Among the issues to be discussed are the hunting of sharks, the smuggling and trade in elephants and rhinoceros, maintaining the wild populations of monkeys and rare parrots, the sale of snakes for the fashion trade, and the very lucrative practive of illegal hunting. The State of Israel signed the CITES Convention in 1979 and appointed the INPA as the sole government agency in charge of implementing the Convention.

Israel is a small country that is very concerned with conserving its nature and as an active member of the CITES Convention it helps conserve wildlife populations across the world. Israel is situated in the Near East at the crossroads of three continents: Europe, Asia and Africa. While Israel’s unique location has given rise to a rich variety of flora and fauna species, the growth of densely populated cities has severely reduced the amount of natural areas. In light of these threats, the INPA has implemented a strict policy which helps preserve the fauna and flora in Israel including rehabilitation and reintroduction of species and restoration of habitats, as well as stritct supervision over trade in species protected under the CITES Convention.

CITES was negotiated in 1973 to protect wildlife against over-exploitation and to prevent international trade from threatening species with extinction. It entered into force on 1 July 1975 and now has a membership of 151 countries. These countries act by banning commercial international trade in an agreed list of endangered species and by regulating and monitoring trade in others that might become endangered.

The Animals Committee of experts is composed of individuals from the six major geographical regions  – Africa, Asia, Europe, North America, Central and South America and the Caribbean, and Oceania. It provides scientific advice to the Conference of the Parties, and undertakes periodic reviews of species.