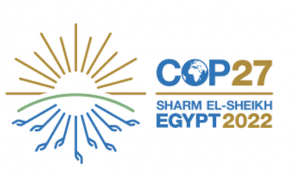 Ahead of the upcoming UN Sharm el-Sheikh Climate Conference, the Cabinet, at its weekly meeting today (Sunday, 23 October 2022), approved a new climate plan, under which all government ministries must – by the end of 2023 – submit action plans that will specify their preparations to meet the climate crisis.

Prime Minister Yair Lapid: “With appropriate action and preparations, the climate crisis presents us with exceptional opportunities – not only a persistent struggle but for prosperity and advancing the Israeli economy to a new world. Ahead of the Sharm el-Sheikh Climate Conference, we are taking another important step in preparing government ministries for the climate crisis by setting a deadline for submitting a readiness plan that will require all of the relevant ministries to present the Cabinet with annual reports on their progress in implementing the action plans. I thank the Director General of the Prime Minister’s Office for her leadership, and Environmental Protection Minister Tamar Zandberg. We continue to strive to implement the government decisions on climate and to improve the readiness of government ministries.”

Environmental Protection Minister Tamar Zandberg: “We see the damage of the climate crisis, the most severe crisis facing humanity today, in all of our daily lives. Storms at sea are causing death and destruction around the world; as a result of the climate crisis, they are worsening and appearing more frequently. Advance preparations on a national level are critical in saving lives and the environment. The step we are taking today is a significant step toward preparing Israel to deal with the damage and the changes brought by the climate crisis.”

In the new decision, the Cabinet has determined that by the end of 2023, all government ministries will draft and present readiness plans for climate change. The plans will be written in accordance with climate change scenarios prepared by the National Emergency Authority (NEA) and the Environmental Protection Ministry, and with the priorities and analyses of climate trends prepared by the Climate Change Authority in the Environmental Protection Ministry. The National Security Council has been responsible for inter-ministerial coordination. A professional consultant on behalf of the ministry will assist the government ministries in mapping their needs and writing their plans.

Preparing for the effects of, and the damages caused by, climate change is designed to protect the public health and welfare from the implications of the climate crisis and from both anticipated and current changes. The effects are now being seen around the world in the form of extreme emergency events such as an increase in the frequency of wildfires and floods, which are liable to worsen as global warming continues.

The various government ministries are responsible for different areas affected by the climate crisis. For example, warming and the reduction in the number of cold nights is due to change the agricultural produce appropriate for Israel. All maritime infrastructures will need to adapt to the projected increase in sea levels. Israel’s cities will need to adapt by increasing shade and forestation to counter longer severe heat waves.

Against this background, the NEA has begun to prepare climate change scenarios in cooperation with the Environmental Protection Ministry. Earlier this year, the NEA issued the first scenario regarding floods. In the coming years, it is expected that additional scenarios will be issued that will assist the various government bodies in preparing for the climate events that are expected to occur in our region including heat waves, wildfires, and snowstorms and extreme cold.

Today’s decision joins a series of plans and actions being carried out by the Environmental Protection Ministry to improve the State of Israel’s readiness for the expected changes in the wake of the climate crisis. The Ministry has – inter alia – passed the Climate Law on its first reading in the Knesset and is due to continue to work toward its advancement in the next Knesset.

The Ministry has also worked to support local authorities in writing focused preparation plans for the climate crisis. It is currently advancing a national plan on increasing shade and cooling urban areas by planting trees, as well as a plan to rehabilitate streams and encourage local authorities to preserve natural urban green spaces.