Overuse, Not Global Warming, is Main Reason the Sea of Galilee is Shrinking, BGU Researchers Find 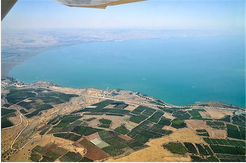 Human activity, rather than drought, is the main culprit for historically low water levels in the Sea of Galilee, a Ben-Gurion University research team says.

In a comprehensive paper published in the September issue of Science of the Total Environment, a prominent industry journal, Prof. Jonathan Laronne and Fulbright Post-doctoral Fellow Dr. Michael Wine, both members of the BGU Geomorphology and Fluvial Research Group, present evidence that agriculture and flow diversion are the primary drivers in the shrinkage of the Sea of Galilee, one of Israel’s major sources of fresh water.

The researchers said that while a host of factors have caused lakes to shrink on all inhabited continents, the deterioration at the Sea of Galilee is more extensive than can be explained by weather factors alone. 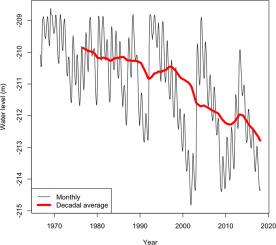 “Climatic factors alone are inadequate to explain the record shrinkage of the Sea of Galilee,” they said. “We found no decreasing trends in inflow from the headwaters of the Upper Jordan River located primarily in Lebanon and northern Israel.

“Rather, the decrease in discharge of the Upper Jordan River corresponded to a period of expanding irrigated agriculture, doubling of groundwater pumping rates within the basin, and increasing of the area of standing and impounded waters. While rising temperatures in the basin are statistically significant and may increase evapotranspiration, these temperature changes are too small to explain the magnitude of observed streamflow decreases. The results demonstrate that restoring the level of the Sea of Galilee will require reductions in groundwater pumping, surface water diversions, and water consumption by irrigated agriculture,” they added. 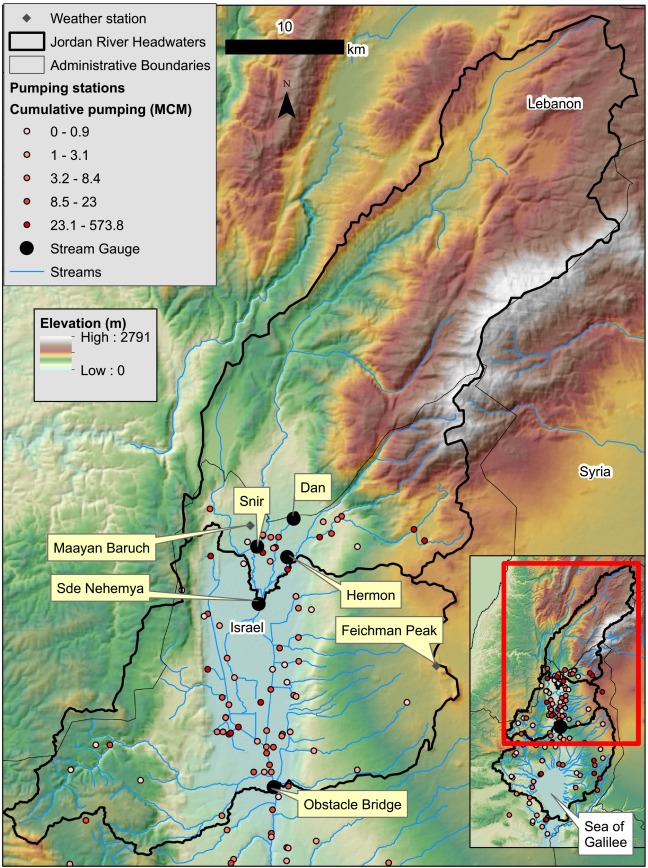 This new research is based on several lines of evidence—trends in streamflow, precipitation, and satellite-based estimates of agricultural water use. The research finds little change in water use in the headwaters located in Lebanon, but large streamflow decreases within Israel’s Hula Valley.

To address the shrinkage, water authorities have proposed a $1.3 billion project to pump desalinated water from the Mediterranean Sea to the Sea of Galilee. But the estimated cost of the project would be approximately $120 million per year just to keep pace with evaporation.

About Ben-Gurion University of the Negev
Ben-Gurion University of the Negev (BGU) is the fastest growing research university in Israel. With 20,000 students, 4,000 staff and faculty members, and three campuses in Beer-Sheva, Sede Boqer and Eilat, BGU is an agent of change, fulfilling the vision of David Ben-Gurion, Israel’s legendary first prime minister, who envisaged the future of Israel emerging from the Negev. The University is at the heart of Beer-Sheva’s transformation into the
country’s cyber capital, where leading multinational corporations eagerly leverage BGU’s expertise to generate innovative R&D.

As it counts up to its fiftieth anniversary, BGU’s mission continues to be effecting change, locally, regionally and internationally. With faculties in Engineering Sciences; Health Sciences; Natural Sciences; Humanities and Social Sciences; Business and Management; and Desert Studies, BGU is a university with a conscience, active both on the frontiers of science and in the community. Over a third of our students participate in one of the world’s most developed community action programs. The University is a recognized national and global leader in many fields, actively encouraging multi-disciplinary collaborations with government and industry, and nurturing entrepreneurship and innovation in all its forms.

Publication in Science of the Total Environment Sept. 2018