TAU (Israel): The dual effect of a ferredoxin-hydrogenase fusion protein in vivo: successful divergence of the photosynthetic electron flux towards hydrogen production and elevated oxygen tolerance 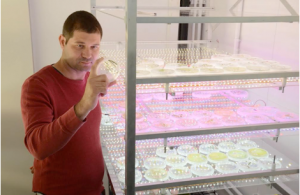 Hydrogen photo-production in green algae, catalyzed by the enzyme [FeFe]-hydrogenase (HydA), is considered a promising source of renewable clean energy. Yet, a significant increase in hydrogen production efficiency is necessary for industrial scale-up. We have previously shown that a major challenge to be resolved is the inferior competitiveness of HydA with NADPH production, catalyzed by ferredoxin-NADP+-reductase (FNR). In this work, we explored the in vivo hydrogen production efficiency of Fd-HydA, where the electron donor ferredoxin (Fd) is fused to HydA and expressed in the model organism Chlamydomonas reinhardtii. 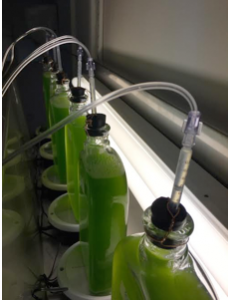 We show that once the Fd-HydA fusion gene is expressed in micro-algal cells of C. reinhardtii, the fusion enzyme is able to intercept photosynthetic electrons and use them for efficient hydrogen production, thus supporting the previous observations made in vitro. We found that Fd-HydA has a ~4.5-fold greater photosynthetic hydrogen production rate standardized for hydrogenase amount (PHPRH) than that of the native HydA in vivo. Furthermore, we provide evidence suggesting that the fusion protein is more resistant to oxygen than the native HydA. 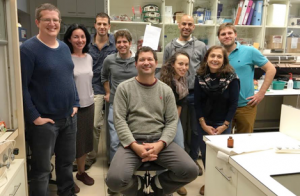 The in vivo photosynthetic activity of the Fd-HydA enzyme surpasses that of the native HydA and shows higher oxygen tolerance. Therefore, our results provide a solid platform for further engineering efforts towards efficient hydrogen production in microalgae through the expression of synthetic enzymes.

Publication in Biotechnology for Biofuel