Fuel from CO2 and water : Israeli start-up NCF has completed stage 1 of proof of concept of NewCO2Fuels. 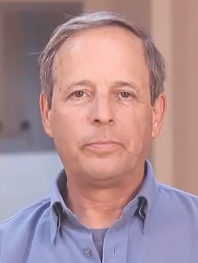 NewCO2Fuels (NCF) is an Israeli start-up company which was formed in 2011 as a joint venture between a group of scientists and entrepreneurs, Greenearth Energy Ltd and the Erdi Group. NCF was formed to develop and commercialize an innovative system to produce profitable fuels from CO2 and water, using renewable high temperature heat from solar or excess heat from industry. The system is based on a technology previously developed at the Weizmann Institute of Science and exclusively licensed to NCF.

As previously communicated, NCF was due to complete its Stage 1 testing of the Proof of Concept phase at the end of 2013. In the final weeks of December 2013, NCF is pleased to announce that the proof of concept system passed Stage 1 testing and now successfully, and effectively, dissociates CO2 into CO and oxygen in a heating environment simulating the industrial waste heat sources that will be used as the energy source in the commercial product.

Importantly, the dissociation rate of the system was increased by a factor of 200 and the cost was reduced by a factor of 34, relative to the original dissociation apparatus demonstrated in 2010 at the laboratories of the Weizmann Institute of Science in Israel. The dissociation system is based on an innovative design and constructed using readily manufacturable state-of-the-art components and materials.

During January and February of 2014, the stage 2 testing, which encompasses two additional targets, is on track to further establish the final proof of concept :
• increasing the dissociation rate by a factor of 4, an 800 fold increase in the dissociating rate
• driving the system using a solar based heat source.

The completion of Stage 1 of the proof of concept is a major milestone proving the feasibility of the technology and its associated engineering and defines a clear path to commercial product and economic viability of the company. With this target accomplished, NCF is ready to proceed to completing the Stage 2 testing, dissociation via a Solar Based heat source. Based on the developments to date, management of NCF is confident the team will achieve Stage 2 and quickly move onto the development of commercial-scale reactors and systems in the coming months.