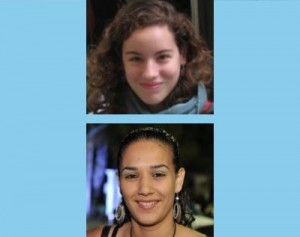 Doctoral students Keren Oved and Ayelet Morag at Tel Aviv University have discovered a gene that may reveal whether people are likely to respond well to SSRI antidepressants, both generally and in specific formulations. The new biomarker, once it is validated in clinical trials, could be used to create a genetic test, allowing doctors to provide personalized treatment for depression.

Selective serotonin reuptake inhibitors (SSRIs) are the most commonly prescribed antidepressants, but they don’t work for everyone. What’s more, patients must often try several different SSRI medications, each with a different set of side effects, before finding one that is effective. It takes three to four weeks to see if a particular antidepressant drug works. Meanwhile, patients and their families continue to suffer.
Depression strikes some 35 million people worldwide, according to the World Health Organization, contributing to lowered quality of life as well as an increased risk of heart disease and suicide (Scientific American weekly review). More than 20 million Americans each year suffer from disabling depression that requires clinical intervention. SSRIs such as Prozac, Zoloft, and Celexa are the newest and the most popular medications for treatment. They are thought to work by blocking the reabsorption of the neurotransmitter serotonin in the brain, leaving more of it available to help brain cells send and receive chemical signals, thereby boosting mood. It is not currently known why some people respond to SSRIs better than others.
Keren Oved and Ayelet Morag led the research under the guidance of Dr. David Gurwitz of the Department of Molecular Genetics and Biochemistry at TAU’s Sackler Faculty of Medicine and Dr. Noam Shomron of the Department of Cell and Developmental Biology at TAU’s Sackler Faculty of Medicine and Sagol School of Neuroscience. Prof. Moshe Rehavi of the Department of Physiology and Pharmacology at the faculty of medicine and Dr. Metsada Pasmnik-Chor of the Bioinformatics Unit at the faculty of life sciences were coauthors of the study, published in Translational Psychiatry (October 2013).
“SSRIs only work for about 60 percent of people with depression. A drug from other families of antidepressants could be effective for some of the others. We are working to move the treatment of depression from a trial-and-error approach to a best-fit, personalized regimen. We are interested in donors who may want to support our research”, said Dr. Gurwitz.
Good news for the depressed
To find genes that may be behind the brain’s responsiveness to SSRIs, the TAU researchers first applied the SSRI Paroxetine — brand name Paxil — to 80 sets of cells, or “cell lines,” from the National Laboratory for the Genetics of Israeli Populations, a biobank of genetic information about Israeli citizens located at TAU’s Sackler Faculty of Medicine and directed by Dr. Gurwitz. The TAU researchers then analyzed and compared the RNA profiles of the most and least responsive cell lines. A gene called CHL1 was produced at lower levels in the most responsive cell lines and at higher levels in the least responsive cell lines. Using a simple genetic test, doctors could one day use CHL1 as a biomarker to determine whether or not to prescribe SSRIs.
“We want to end up with a blood test that will allow us to tell a patient which drug is best for him,” said Oved. “We are at the early stages, working on the cellular level. Next comes testing on animals and people.”
Rethinking how antidepressants work
The TAU researchers also wanted to understand why CHL1 levels might predict responsiveness to SSRIs. To this end, they applied Paroxetine to human cell lines for three weeks — the time it takes for a clinical response to SSRIs. They found that Paroxetine caused increased production of the gene ITGB3 — whose protein product is thought to interact with CHL1 to promote the development of new neurons and synapses. The result is the repair of dysfunctional signaling in brain regions controlling mood, which may explain the action of SSRI antidepressants.
This explanation differs from the conventional theory that SSRIs directly relieve depression by inhibiting the reabsorption of the neurotransmitter serotonin in the brain. Dr. Shomron adds that the new explanation resolves the longstanding mystery as to why it takes at least three weeks for SSRIs to ease the symptoms of depression when they begin inhibiting reabsorption after a couple days — the development of neurons and synapses takes weeks, not days.
The TAU researchers are working to confirm their findings on the molecular level and with animal models. Adva Hadar, a master’s student in Dr. Gurwitz’s lab, is using the same approach to find biomarkers for the personalized treatment of Alzheimer’s disease.