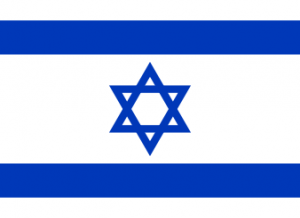 Israel, the only Jewish nation in the world, is a small country on the eastern shore of the Mediterranean Sea. For its relatively small size, the country has played a large role in global affairs. The country has a strong economy, landmarks of significance to several religions and strained relationships with many of its Arab neighbors.

The founding of modern Israel can be traced back to World War I, when Zionists lobbied the British for recognition of a Jewish state in Palestine.  After World War II, the British withdrew from their mandate of Palestine, and the United Nations proposed dividing the area into Arab and Jewish states, an idea opposed by the Arabs. Nonetheless, Israelis declared independence in 1948 and the new country then defeated the Arabs in a series of wars.

Seven decades later, boundaries are still hotly contested. The United Nations Security Council voted in 2016 to condemn Israeli settlements in the area, prompting Israel to suspend ties with many nations that voted in favor of the resolution. U.S. President Donald Trump’s recognition of Jersualem as Israel’s capital at the end of 2017 stirred further unrest.

Israel is a parliamentary democracy made up of six districts. Israel claims Jerusalem as its capital, though it hasn’t received wide international recognition. Most foreign countries keep their embassies in Tel Aviv.

Israel has a technologically advanced market economy with cut diamonds, high-technology equipment and pharmaceuticals among its major exports. The country is very highly developed in terms of life expectancy, education, per capita income and other human development index indicators. But the country also has one of the most unequal economies in the Western world, with significant gaps between the rich and poor.

While the culture of Jewish Israelis and the Arab minority have remained fairly separate, the country has been influenced by Jewish immigrants from all over the world, many of whom have gone on to make significant contributions to science, politics and the arts. The country is home to some of the world’s most holy sites, including the Western Wall, the Dome of the Rock and the Al Aqsa Mosque.

Israel is persistently plagued by terrorism threats and the country occasionally erupts into violent conflict with the Israeli occupied West Bank and Gaza Strip. Human rights groups have accused Israel of abuses in its ongoing conflict with the Palestinians. Israel is a member of numerous international organizations, including the United Nations and the Organization for Economic Cooperation and Development.