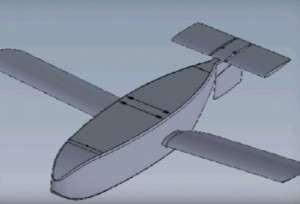 The Medical Corps of the Israel Defense Forces (IDF) has collaborated with the Technion – Israel Institute of Technology on the development of a glider that could save lives on the battlefield, Israel Hayom reported Wednesday.

The “medical” glider is designed to carry up to 110 pounds of medical supplies, such as blood transfusion kits, antibiotics, and intubation kits. The glider can cover a distance of 12 miles within eight minutes. It is 11 feet long and its wingspan stretches 13 feet. The glider was designed with collapsible wings so that if necessary, it could be launched from a plane. It also has relatively low production costs, which stand at tens of thousands of dollars per unit.

“The glider won’t eliminate the need to evacuate [wounded] soldiers, but it will allow us to bring the hospital to the patients and carry out evacuations in a more considered, calm manner, and deliver soldiers to the hospital in better condition,” said IDF Medical Corps Maj. Dr. Dean Nachman.

“Administrating a blood transfusion is a lifesaving measure, and troops on prolonged deployment can’t exactly carry a fridge with blood supplies with them. Also, no solution has been devised at this time for cases like mass-casualty events, where there is a shortage of equipment in the field,” he said.

Nachman added that “the understanding that we need to provide [soldiers] with the best-possible treatment, even in enemy territory, prompted us to approach the Technion and design the glider.”

Dr. Isaac Kadushin of the Technion’s Aerospace Engineering Faculty said, “I was approached by the Medical Corps with a situation where soldiers on missions can’t carry medical supplies. We chose a glider because it’s low-maintenance compared to drones and multicopters, which have engines, as well as over the fact that it’s cost-effective.”