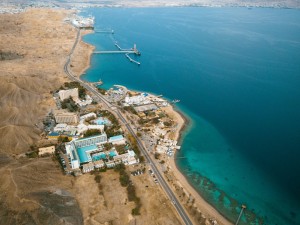 Photo by yan on Unsplash

According to Israel’s energy commitments, ten percent of its electricity will be supplied by renewable energy sources in 2020. How close is Israel to meeting this goal, and how does it match up with other nations in the world?

2020 is approaching quickly, and according to Israel’s targets following the Paris Agreement, 10 percent of the country’s electricity will be generated from renewable sources instead of fossil fuels by next year. However, 2020 will commence before Israel has cleared the 10 percent hurdle. At the same time, other nations have reached their energy goals some time ago and are already producing over ten percent of their electricity through renewable energies.

Worldwide, electricity generated from renewable sources is steadily increasing. According to a new report by the United Nations and the Frankfurt School of Economics and Management, global renewable energy production has quadrupled in the last decade.

Lots of sun, too little solar

In a country as hot and sunny as Israel, one might expect widespread use of solar energy, but unfortunately, that is not the case. In 2014, electricity production from renewable energy in Israel was supposed to be at five percent. However, only one-half percent of the country’s energy came from renewable sources. While the situation has improved slightly since then, it is still far from satisfactory. The target for 2030 is to generate at least 17 percent of all electricity from renewable sources.

A more optimistic example of investing in renewable energy comes from California, whose economy is among the largest in the United States and the fifth-largest in the world. California generates 34 percent of its electricity from renewable sources.

“In San Diego County and the surrounding area, nearly 50 percent of the energy is renewable,” says Scott Anders, director of the University of San Diego’s Energy and Policy Initiatives Center. By California law, the goal is to reach 60 percent by 2030 and 100 percent by 2045.

“California’s main renewable source is solar energy. We have so much of it, due to large solar farms and rooftop panels, that at certain times of the year we have too much renewable energy and we need to get rid of it. The situation here is impressive. If asked 20 years ago, I would not have said that we would get that far today,” says Anders.

Anders says that the scope of renewable energy in California has increased primarily thanks to policy measures, especially those taken by former state governor Arnold Schwarzenegger. “It wouldn’t happen because of market forces alone,” he adds.

Despite the rather sobering numbers, Israel did register some successes in its strive to produce green energy. Seventy-five percent of the electricity consumed in and around Eilat, a coastal city located at the southern end of the Arava desert in Israel, is currently produced from solar energy. This was achieved through nine individual solar fields in Eilat and the Arava and hundreds of solar roofs in public institutions and private homes. In addition, another field is currently being built at Ramon Airport and Timna.

According to the municipality of Eilat, the ultimate goal is to have the city’s electricity supply come from 100 percent solar energy.

However, as mentioned before, the vast majority of electricity in Israel is still produced from fossil fuels, most notably natural gas and coal. According to Dr. Shahar Dolev, research director of the Israeli Energy Forum, the main reason is, unsurprisingly, money-driven. “The perception among decision-makers in Israel is that as a small country, it is better to wait and let other nations invest money and lay down the groundwork for these technologies so that costs drop enough and efficiency increases. Then, we will invest our money.”

Other countries, however, have already invested hundreds of billions of dollars in renewable energies. According to the UN report, in the last decade, China has put $758 billion in renewables, closely followed by the EU with $698 billion. The US and Japan have invested large sums with $356 billion and $202 billion, respectively.

Andres explains that the widespread financial investment in solar energy in California is costly. “San Diego electricity prices are among the highest in the US,” he says. “The war on climate change costs money, but the question is, what’s the alternative? If we do not switch to renewable energy, it will have a price, and it could be much higher. For the future of the state of California, for everyone, we must apply these policies.”

The good news is that the cost of solar energy is much lower today than before. “Prices are plummeting at an unprecedented rate,” says Dolev. “We have arrived at a point where installing a solar panel is cheaper than receiving electricity from a power plant that runs on fossil fuels. Accordingly, over the past two years, we have seen a substantial change in the Israel Electric Authority’s approach to the issue.”

Panels on every roof

A lot of space is needed to build solar farms. These generate electricity at a significantly lower price for consumers than electricity produced by panels on the roofs of private houses (0.09 Israeli shekels per kWh versus 0.48 shekels per kWh, due to the size advantage of the farms). In a country as small as Israel, however, vacant land is hard to come by. “We don’t have unused areas,” says Dolev. “The vast areas we have already function as IDF training areas, nature reserves, or farmland,” he adds.

Another problem arises from the fact that most of the solar fields are located in the Negev Desert and the Arava Valley, in the very south of Israel. Therefore, it is necessary to transfer most of the electricity produced northward to the more densely populated areas of the country. “The national electricity grid was built on the assumption that relatively few people will live in the Negev region,” explains Dolev. “All of a sudden, astronomical amounts of electricity are being generated in the Negev. The transmission system is not built for that,” he stresses.

The transmission network is currently undergoing an upgrade to address this problem, but it will take several more years until it is completed. “It costs a lot of money and takes a long time, and until then, there will be a ‘traffic jam’ from the exit of the Negev to the north,” says Dolev.

In order to increase the use of solar energy in Israel, despite the transmission issues and higher costs, the Israeli Energy Forum supports a plan to place as many solar panels on as many rooftops as possible, according to Dolev.

“Beyond that, every new building should include solar panels, or at least panel preparation on the roofs and also on the walls. Panel installation during construction is as inexpensive as a panel installation of the same size in a solar farm. In addition, solar panels should be installed on any available space, including parking lots, roofs, landfills, etc.,” emphasizes Dolev.

Another way to increase the use of solar energy is to invest in systems that will store the energy for both short and long term use, allowing it to be used at night and during the winter. Cutting-edge technology for these systems is still very expensive and not yet available for commercial use; however, their prices are dropping.

Until that happens, Israel’s residents will have to stick to the traditional ways of reducing greenhouse gas emissions by simply saving electricity. “There are simple steps to take, such as adjusting the air conditioner to the recommended temperature according to the season or turning off the lights and air conditioning when leaving the room,” concludes Dolev.

“According to the plan from the Ministry of Energy and in cooperation with the Electricity Authority, Israel is expected to meet an intermediate target of 10 percent renewable energy production by 2020.”