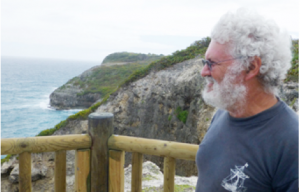 The 2015 CNRS Gold Medal, France’s highest scientific distinction, has been awarded to the cell biologist Eric Karsenti, CNRS senior researcher emeritus. His career has been marked by significant breakthroughs concerning cell cycle regulation, the mechanisms that enable cells to divide. Karsenti has spent a large part of his working life at the European Molecular Biology Laboratory (EMBL) in Germany. He also pioneered interdisciplinary approaches in cell biology, which he applied in the department of cell biology and biophysics that he founded in 1996, and subsequently headed, at the EMBL. Always keen to push back the frontiers of knowledge, Karsenti was the initiator of the Tara Oceans expedition (2009-2013) aimed at mapping ocean biodiversity, whose first results were published earlier this year.

The CNRS Gold Medal is France’s highest scientific distinction. Since its creation in 1954, it is awarded to a scientific personality whose work has made an exceptional contribution to the vitality and influence of French research.

Born on 10 September 1948 in Paris, Eric Karsenti began his research career at the Institut Pasteur’s immunocytochemistry laboratory, where he defended his PhD thesis in 1979. Recruited by the CNRS in 1976, he then did his post-doctorate on temporary assignment to the University of California, San Francisco, from 1981 to 1984. On his return from the US, he led a team in the department of cell biology at the EMBL in Heidelberg, Germany, which rapidly stood out as one of the most influential teams in the then booming field of cell cycle research. In 1988, Karsenti initiated the first Jacques Monod Conference on cell cycle in Roscoff (France), now a major event in this field. In 1996, determined to promote interdisciplinarity, he set up the EMBL’s department of cell biology and biophysics, one of the world’s first centers to bring together biologists and physicists. From 2001 to 2003, Karsenti headed the Institut Jacques Monod in Paris with the same objective in mind. At the same time, he acted as an adviser to Elisabeth Giacobino, Director of Research at the French Ministry of Research, while continuing his work at the EMBL. It was while he was in Paris that he first thought up the scientific expedition around the world that he had dreamed of ever since reading Darwin’s book, The Voyage of the Beagle. The project became reality in 2009 with Tara Oceans. Now a senior researcher emeritus at the CNRS, Karsenti is currently assigned to the Institute of Biology at the Ecole Normale Supérieure (CNRS/ENS/Inserm), while remaining director of Tara Oceans and a visiting researcher at the EMBL.

A leading figure in the field of cell biology, Karsenti and his team at the EMBL have made key discoveries about cell cycle regulation, the mechanisms that enable cells to divide and transmit exactly the same chromosome content to every daughter cell. More specifically, he has focused on the clock that controls cell divisions in the embryo and regulates cytoskeleton dynamics during mitosis, which is the stage of cell division. Specifically, Karsenti and his team have shown how an enzyme (kinase cdc2) triggers cell division. One of their groundbreaking discoveries concerns the key role of chromosomes in mitotic spindle assembly during this process. During mitosis, kinase cdc2 destabilizes the microtubules, hollow tubes 25 nanometers in diameter. The chromosomes then generate a regulator gradient that stimulates the formation and stability of the microtubules. The latter then self-organize into a spindle around the chromosomes, becoming the “device” that distributes them to the two daughter cells during cell division. According to Karsenti, this is an example of cell self-organization, a principle found in all cell and embryo morphogenesis mechanisms. This is the first time that scientists elucidate how complex functions emerge from the collective behavior of cell components.

Working in close collaboration with physicists, Karsenti has also set up a platform to model cell organization at a very detailed level. He has pioneered interdisciplinary approaches in cell biology by combining measurements of forces and mathematical modeling with synthetic biology and cutting-edge imaging techniques. His work has given rise to more than 200 scientific papers.

A keen sailor with a great sense of adventure, Eric Karsenti has always loved the sea. In order to elucidate the key role played by microscopic organisms in the oceans, he embarked upon a new project, Tara Oceans. To ensure success, he brought together a highly skilled international interdisciplinary team, made up of 140 experts in genomics, quantitative imaging, biology, biogeochemistry, biogeography, oceanography, biophysics, genetics, ecology, bioinformatics, etc, from 23 international laboratories. Between 2009 and 2013, the Tara Oceans expedition collected 35,000 samples of plankton from around 210 representative sites in a number of the world’s seas, during a 140,000 km voyage. Dried and refrigerated, these samples make up the largest database of its kind ever collected almost simultaneously. Marine ecosystem modeling can now be adapted to a new era based on the complexity of reality, rather than having to rely on rudimentary models. The researchers’ first articles, published in the journal Science1 in May 2015, are only the beginning, highlighting how fruitful the mission has been. In charge of quantitative imaging for Tara Oceans within the Océanomics consortium, Karsenti is now seeking to combine high-speed imaging of organisms with genomic data, in collaboration with his colleagues at the Roscoff and EMBL laboratories.

Eric Karsenti was previously awarded the CNRS Silver Medal. He has been a member of the French Academy of Sciences since 1999 and is a “Chevalier de la Légion d’honneur” (Knight of the French Legion of Honor).